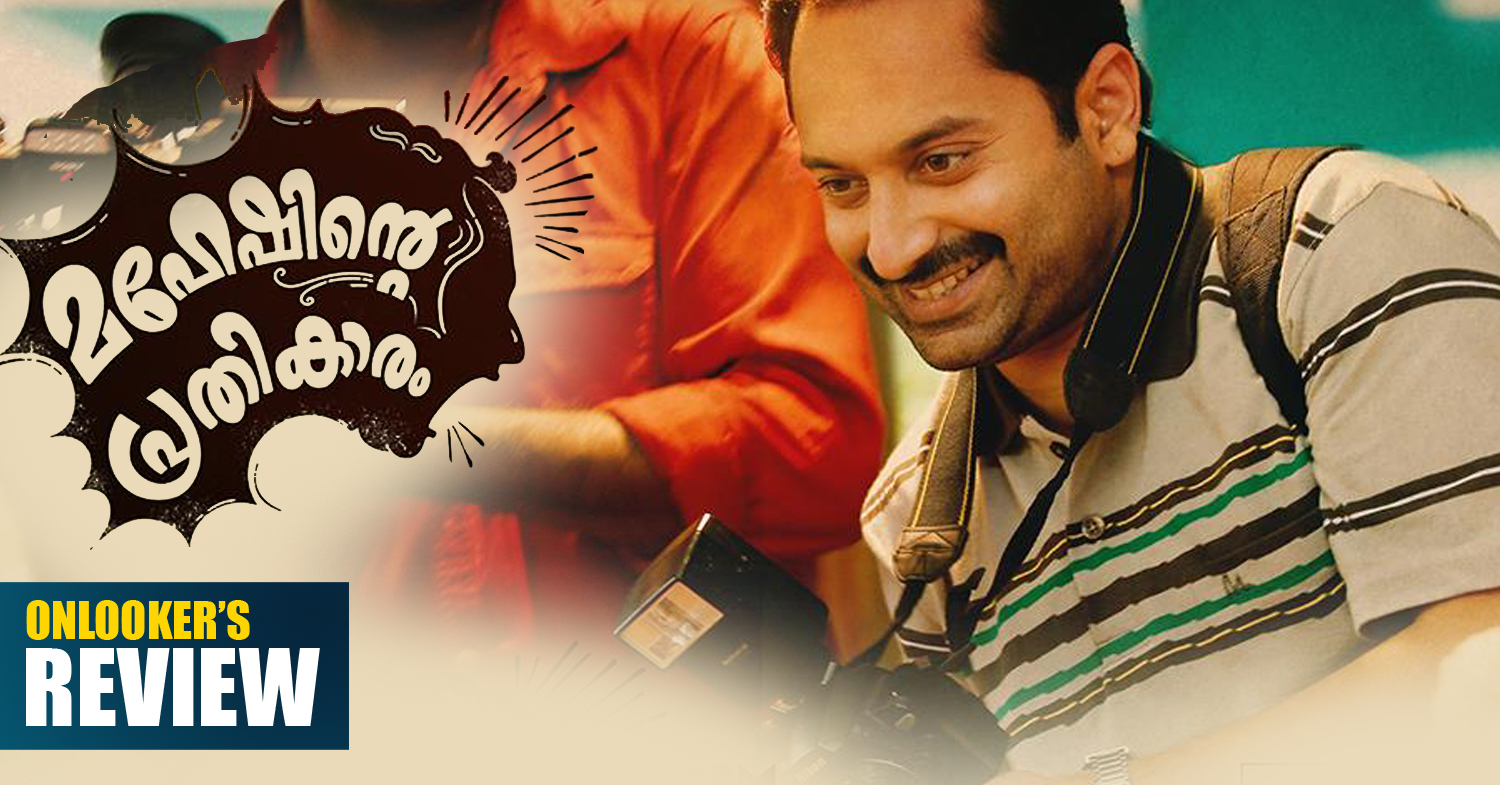 Maheshinte Prathikaram is the latest Malayalam release, which is the debut directorial venture of Dileesh Pothen, who is popular as an actor as well. The film had Fahad Fazil in the lead and is produced by popular Mollywood filmmaker Aashiq Abu. The film had become much awaited due to the names associated with it and also due to the success of its trailer and songs which released few weeks back. Fahad Fazil who was looking for a success after some failures had made a strong comeback as an actor through this year’s release Monsoon Mangoes. But still the much-awaited  success at box office deserted him and he made it all right through Maheshinte Prathikaram this time.

The film revolves around the title character played by Fahad Fazil, who is a photographer named Mahesh Bhavana. He is a popular guy in his village. He is wooing a girl named Soumya played by Anusree . While things were going smoothly, he was humiliated by one person during a quarrel in the Junction near his studio. At the same time he suffered a setback in his love affair as well. The film then focuses on the revenge he took upon those who humiliated him publicly and While he was all set for paying back how he met this beautiful girl (Aparna Balamurali) and fell in love with her .Dileesh Pothen had made a very good debut as a director through this film as it really made the audience engaged in experiencing something novel.The way in which he told the story was simple at the same has all the elements in it to make the audience go knee deep into the plot.

Syam Pushkaran who is known for his variety screenplays once again proved that when it comes to novelty in narrating a story he is now one of the masters in Mollywood. The humorous one-liners were received by the audience with great applause. But what supported the screenplay and direction the most, is the stunning visuals given by none other than Shaiju Khalid. It was pretty amazing and the visuals had made the film to stand in another league of technical brilliance for sure. Music by Bijipal was beautiful and the way in which both the music and visuals complemented each other was a treat to watch as well. The background scoring was just fantabulous. Saiju Sreedharan also made his mark with his editing skills.

When it comes to performances of the lead artists in the film, we have to say one thing that, if you want to see the best actor in the current generation of actors in Mollywood, then look at Fahad Fazil. He is that much effortless in his performance as Photographer Mahesh and he just behaved like a perfect actor was supposed to be. Another one which got the applause was Soubin Shahir as Crispin, he was at his hilarious best and the claps he gets each time when he comes on the screen underlines the popularity he has now among the film lovers.

Anusree again proves that she is one of the most talented yet underrated actress in our industry. As Soumya, she just lived and the expression of her at many scenes were priceless. Other actors like Alancier Lay, Dileesh Pothen, Jaffer Idukki etc also done their part to perfection as well. Aparna Balamurali is going to be in the limelight for a long time as it is so obvious in the way she looked, talked, and went emotional.

In total, Maheshinte Prathikaram is a superb entertainer with some great quality performances, direction, screenplay and above all it gives you something really fresh. Dont miss this one at your theaters nearby. Well malayalam cinema is back…