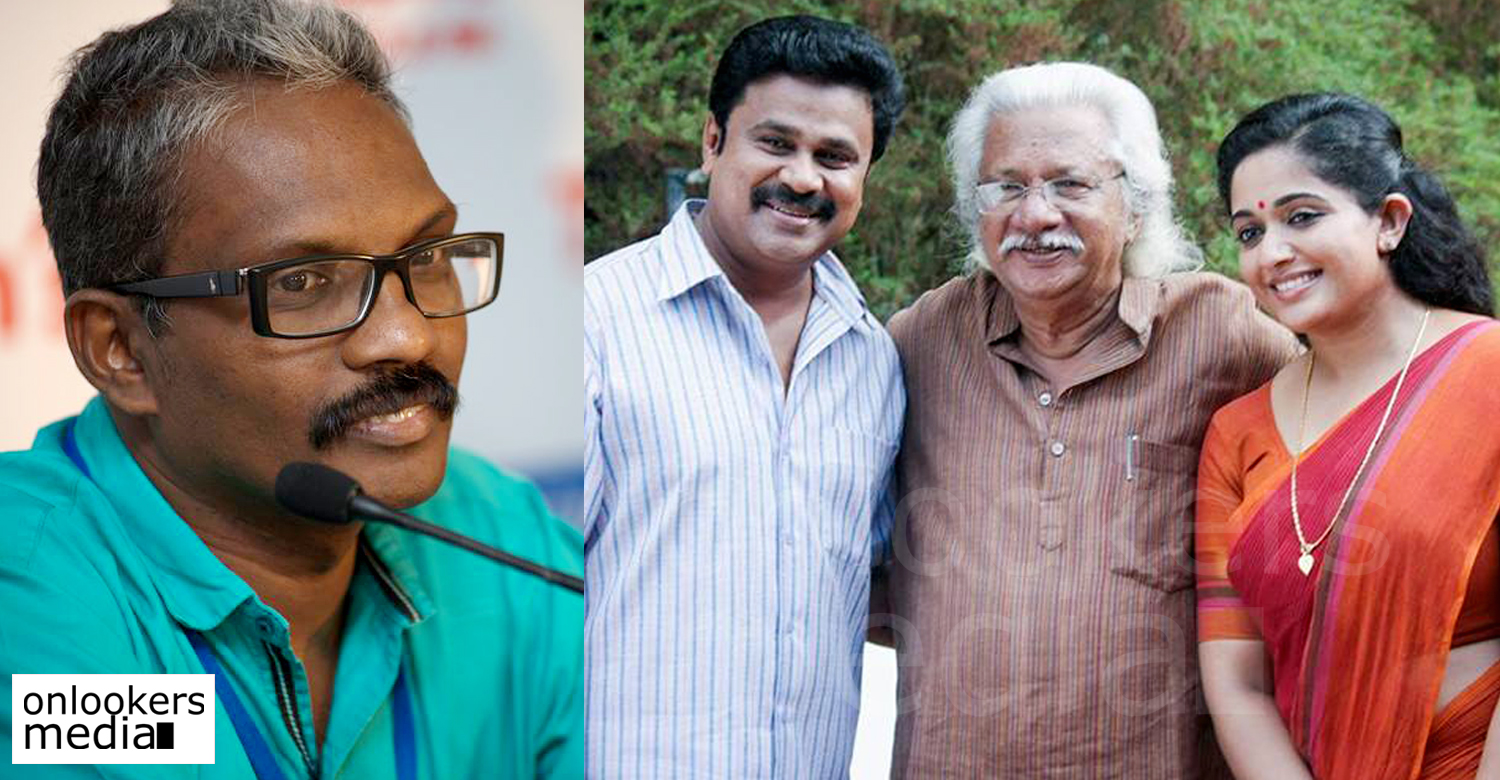 Master director Adoor Gopalakrishnan’s latest movie named Pinneyum, starring Dileep and Kavya Madhavan had released all over on last Thursday and getting mixed reviews from all over. The film not went well with the tastes of common audience and reports saying that it only managed to impress a few intellectuals who likes these kind of realistic melodramas.

Criticisms also pouring in against Adoor Gopalakrishnan from various corners and the latest one had come from critically acclaimed and national award winning director Dr. Biju. Dr. Biju said that Pinneyum is a disappointing film from Adoor Gopalakrishnan and it only takes Malayalam Cinema backwards related to its content and technical perfection. Dr. Biju said that we don’t expect these kind of crap from Adoor Gopalakrishnan and this a very amateur creation from an experienced director like him. He said that some people flattering and praising Adoor Gopalakrishnan unnecessarily after watching Pinneyum and in fact the movie has got nothing to get any appreciation. Biju says that Adoor Gopalakrishnan had failed to update himself with the changes that happened in cinema and society. According to Dr. Biju, Pinneyum is too much dramatic, artificial and filled with unnatural dialogues and scenes. He explained how some great film makers like Sathyajit Rai, Abbas Kiorasthami, Roman Polaski, Andre Vaida, Akkiro Kurosawa had made some fabulous movies when they were 60 or 70 years old. But what Adoor Gopalakrishnan did in his 75th year is nothing but crap. Dr. Biju said that the last film in which we saw the potential of Adoor Gopalakrishnan was Vidheyan which released long years back. From then on, he did not made any growth as a director or writer.

Here’s the teaser of Netflix’s Nayanthara Beyond The Fairytale

Kabzaa Teaser: Kannada cinema comes up with another big-scale ‘Rise of the Gangster’ tale

Ponniyin Selvan Malayalam version to have voice over by Mammootty